Hip hop smash the wall: Between Italy and Palestine with hip hop 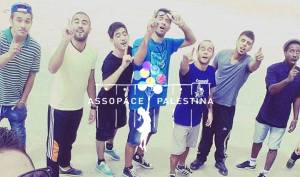 Hip hop smash the wall  is a project with the aim of connecting young Italians and Palestinians through hip hop and face to face meeting. The project featured participants from Nazareth, Ramallah, Nablus and Gaza strip. Unfortunately, the Gaza strip participants couldn’t join the rest of the group because of the Israeli restrictions.

“Hip Hop Smash the Wall” is a project with the aim of connecting young Italians and Palestinians through hip hop and face to face meeting. There have already been a number of long-distance collaborations but this time we wanted to stress the importance of human contact. In fact, this is the reason why the trip taken by the eight Italian artists it’s just the first step of the project, which will not end with this but ambitiously aims at repeating the experience in Italy, with the young Palestinians Hip Hop artists and then, who knows, maybe again in Palestine.

A long-lasting connection allowing Italian hip hop to grow in humanity and widen its scope, in a country shutting the eyes of its youth, forcing them into limited contemporary culture. For artist who love hip hop, exploring a thriving scene such as the Palestinian one, is a breath of fresh air. Here in Italy the market rules the scene, dominating a cultural movement that has nothing to do with gold chains, expansive hats and YouTube views. A movement that, despite everything, keeps going with its head up.
This project is not considered as a cultural exchange because the cultural context in which the project takes place is common between the two parts and it is the mainstay before the national customs and practices. Hip hop is a world-wide culture, and that is its best quality. In just seven days the guys of three work sections (rap, break-dance and graffiti) worked as hard as they could. They only had a few hours of rest during the night because the euphoria of the youngest participants kept all the team awake. The activities went on fabulously.
Many sociological studies teach us that in our post-modern age, stereotypes affect every human society on the world. Every human being codifies different people through stereotypes. The energy and the liveliness of all participants was a wonderful revelation. So there weren’t Palestinians or Italian participants, but just a one-off unanimous group, which had already destroyed a wall: the wall of stereotype. A group of young people working to create something able to smash, or at least to dent, the shameful barrier that Wall aims to establish forever.

This project rose from an idea carried on by thirty enthusiastic people. No big bakers behind it, just so much effort and the endorsement of Assopace Palestina, which was apt enough to capture the deep meaning of this kind of activities. The participants comprehend both expert and new young artists. Coez, Kento, Lucci, Prisma, Anan Ksym and promising MC- Al Basha, Younan e Hadi- with label UG Records and Mazaj Production company, founded by Anan itself in Nazareth; also Achelous, MC and beatmaker from Ramallah, Khaled and the members of the Sound World crew from the Askar Refugee Camp. Through a music album, which will come out at the end of December and through an online crowd funding we are trying to collect the funds we need to replicate the experience in Italy.

The project aims also to aggregate the Palestinian youth from different areas. The project includes participants from Nazareth, Ramallah, Nablus and from Gaza strip. The Israeli restrictions and the checkpoints actually limit the guys’ opportunity to move inside Palestine. It was impossible to let the Camp Breakers from Gaza strip reach us in Ramallah; they are a dancer crew from Nurisat Camp (Gaza strip). That’s why we had to find a way to collaborate with them despite the distance, and we did in a different way: the Italian dancers Xedo, Telemare and Chimp, and the Palestinians break dancers from Nablus – Ameer, Abood, Yusef, Mohameed, Ibrahem, Ahmad and the three of the Dance Boys crew – studied the choreography during long days, keeping on trying, with the strong desire of making something special. They also worked on the Gazawi breakers choreography. So, during the final exhibition, they smash another wall with the assistence of a maxi screen. That wall was the one that confines people from Gaza, troubling their dreams and wrecking their future: both Italians and Palestinians, together on that stage, break down all the walls. Sometime passion is so hard to make us believe we can fly. Passion can make us fly everywhere, letting us climbing over walls, wired fences, army tanks and checkpoints.

Graffiti also, connect us with the strip; the young Mosab is a member of the team with Italian Gojo, Palestininas Ahmad from Askar camp (Nablus) and Hamza from Ramallah. Within April 2015, a documentary about the project will come out, showing this first session of activities and reproducing the live show, which took place in the Ramallah Cultural Palace, thanks to the Ramallah municipality.
“Hip Hop Smash the Wall” means contributing to the youth empowerment. Hip hop is also useful to cope with traumatic events, giving a concrete support in uneasy situations. The idea of spreading Hip Hop in refugee camps in West Bank, for instance, would mean providing an instrument for the everyday struggle and resistance. The Camp Breakers from the Gaza strip taught us that hip hop works positively despite air raids, in fact they reorganized a small place in which to teach break-dance to children. Some Italians participants decided to collect hip hop clothes, to send them to their Palestinians friends, because is not easy to find that kind of stuff there. That’s absolutely different from charity, that aims not to help the Palestinians victims: that’s means just create a community. 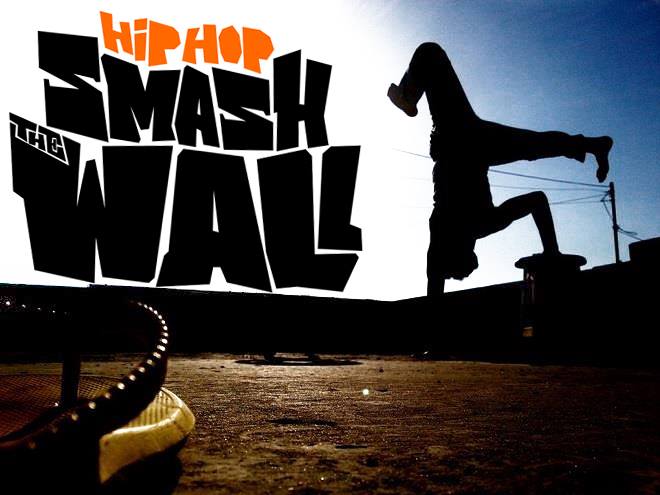 Support us with a donation !